Were you roaming around on the internet to find out how exactly to buy weed online in India?

You stumbled upon the right place then!

We have made a nice marijuana Informational buyers guide for people who live in India and want cannabis seeds in India.

India is one of the oldest countries to start consuming Cannabis in its different forms. The main reason for that is they have somehow intertwined marijuana into their spiritual lives.

Indians from old ages have connected their roots to cannabis culture. Other names of marijuana in India are Bhang, Ganja, and charas. Although there is a very small difference in these terms, which we will talk about later in this post.

So, hang on and enjoy reading through this buy cannabis seeds in India post.

History of Marijuana in India

We are going to say something which will blow your mind now! Marijuana and its forms are mentioned in Indian Texts, which are older than 1000 CE.

These guys found and used cannabis way before everyone else. In India, many of the text mentions the word ‘Bhang’ which means Cannabis in English.

Technically, Bhang is a drink that is consumed in India, but more on that later on.

The Vedas, which are thousands of year-old texts of Hindu people, mention Cannabis quite a lot. They say it’s an elixir.

But wait, let’s talk about the history that is not thousands of years old but more recent. Portuguese botanist, when he visited India around 1510 or after, wrote about how Indian people use marijuana in their daily lives.

Especially, those people who are on a spiritual path used Cannabis as a way to connect to the divine.

Even during the British colonial rule in India, the British took the opportunity of taxing marijuana after they saw that a large part of the population consumes it.

Cannabis, in all of its form, was a regular thing in ancient India. But after the British invaded India, they tried to criminalize the usage of Cannabis in the years 1838, 1871 and 1877 but were pushed off by the local Indian population.

Somewhere around the 50s and 60s, the USA started its fight against narcotic drugs and pushed around a whole lot of countries to ban and criminalize all of the narcotic products.

This was the first time when India decided that they are going to criminalize marijuana usage. In 1961, although not wanting to ban marijuana, the Indian government decided to ban some parts of the cannabis plant to release the pressure from the USA.

This meant that the seeds and the leaf of the marijuana plants were still legal.

But why did they leave out the seeds and leaf? The reason for that is ‘Bhang‘. So, what is Bhang?

Throughout India, on the occasion of the Holi festival, everyone makes a drink called Bhang. It is essentially made from the seeds and the leaf of the marijuana plant.

Bhang shops were very famous all over India at that time, which remained untouched because of half ban on marijuana, i.e., only the flower. 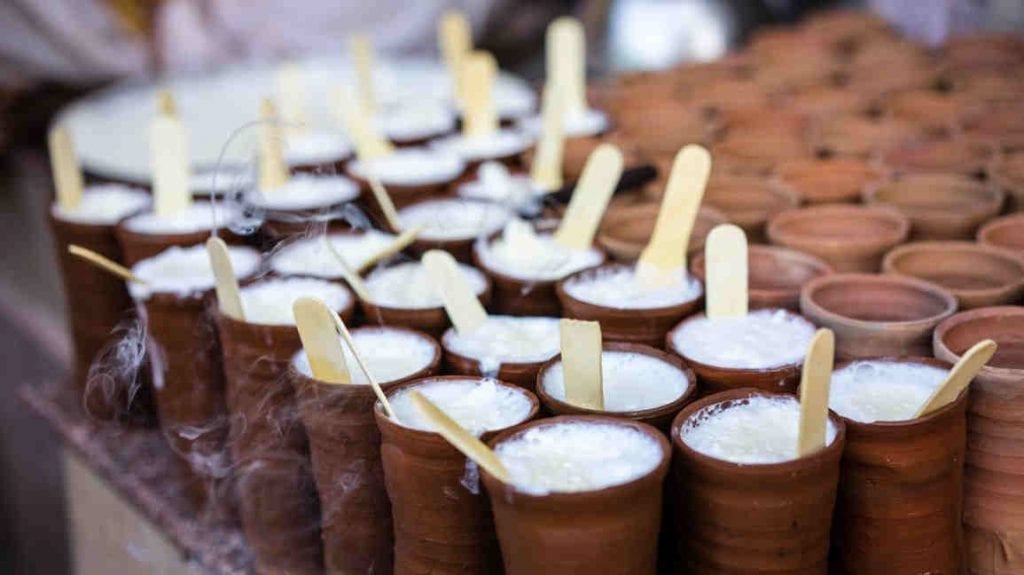 People could still make Bhang and drink it. Even in 2022, there are bhang shops in many of the Indian states, which are surprisingly operated by the government.

In 1985, India officially created and enforced a new NDPS law.

This was the Narcotic Drugs and Psychotropic Substances Act.

According to this act, the definition of Cannabis was stated as below:

Both of the things mentioned above are not legal. Any mixture of the above two items is also illegal in India.

No one can produce buds or resin of marijuana plants legally. But, the seeds and the leaves of the cannabis plant are still technically legal as per the definition given by the Law.

After this act, many of the states also started making their laws about the consumption and sale of Bhang. Some banned it completely, and some of the states allowed only government shops to sell it.

For example, the state of Odisha in India made the consumption of weed legal. You could just sit around in your house comfortably, and smoke marijuana, and no one will bat an eye. This is the only place in India where smoking the buds is legal.

The state of Uttarakhand allowed people to grow hemp to export it. There are other states as well, which are looking to legalize production on hemp in recent times.

Therefore, technically, you can still buy weed online in India as long as it’s the seeds. And we will show you a way to buy cannabis weed seeds in India.

Punishment for consumptions/production of marijuana in India

If you are caught with marijuana buds or resin or any other material which is made from these parts of the plant, then you are going to be in trouble in India.

If you step in the red zone, you might want to read up and understand the laws of each state and local government carefully.

One should always be aware of the laws and punishments of the local place before getting into these things.

Usage of marijuana in India

Although smoking marijuana buds is banned and punishable offense, Cannabis is smoke in huge quantities in India.

According to some reports, in the year 2018, a massive 38.3 tons of marijuana was smoked in just New Delhi, which is the capital city of India.

That is just mind-boggling, right?

Even though it is illegal, people are just going away smoking it in huge quantities. This should be a big indication to the government of India to look into the legalization of marijuana and earn tax from it.

Someone made a top 10 list of marijuana smoking cities, and both the New Delhi and Bombay made it those lists. They are competing the cannabis-legal countries in terms of quantity of Cannabis smoked.

For sure, thousands of people, if not millions, buy weed online in India. The numbers speak for themselves.

The fine line of all this data is an indication that India is not quite enforcing the Law over the usage of marijuana. The government should just legalize it, tax it, and earn profit from a population of 1.3 billion people.

Legalization drive for marijuana in India

Although so many people buy weed online in India, it is still an offense. If the authorities wanted, you could get in trouble.

As marijuana is getting legal in more and more countries now, we could hope that one day even India will legalize its usage.

What are the advantages of legalizing marijuana in India?

A lot of pros, right!

The criminalization of marijuana started because of the pressure of the USA government. But now the USA has taken a U-turn and started legalizing Cannabis in many of its states.

So why should India not go back to its cultural roots of marijuana usage in their lies as was done from centuries?

Recently a bunch of people have started The Great Legalization Movement in India. They have started a burning debate about legalizing marijuana in India.

A few prominent politicians of India have also show support for this cause. Let’s hope that India jumps back to its roots of marijuana usage. It’s high time for curbing all the illegal activities done by people in the name of marijuana. Let’s stop the mafia, and let’s stop people from chemically adulterating the natural marijuana in the name of ‘Extra synthetic High’.

According to a news report in 2019, the Government of India is allowing scientists to research on marijuana. The Narcotic department of India has allowed research and development on CBD and THC.

They are growing to grow marijuana in a scientific way to see how it can help people as medicine. Even the Indian Institute of Integrative Medicine is working to find the benefits of marijuana consumption for patients.

There are clinical trials being done, which is an indication that the government is not completely blind to the medicinal values of Cannabis.

How to buy weed online in India

Although the seeds are completely legal as per the definition of the word Cannabis in the NDPS law, one should always read about the local laws before buying weed online in India.

Lets us tell you a secret!

There is a nice way to buy weed online in India, and you can get the same from ILGM.

ILoveGrowingMarijuana is a very reputable online seed bank that sells marijuana seeds. They are very professional in providing only high-quality seeds to their customers all over the world.

Once you place an order from ILGM seed bank, you are sure to get good quality seeds right at your doorstep.

If you want to buy cannabis seeds in India, you ought to try them once. They will not disappoint you in any way. Below, we have shown you some of the best and most popular marijuana seeds that are sold on ILGM seed bank.

Go to their shop and order some today! 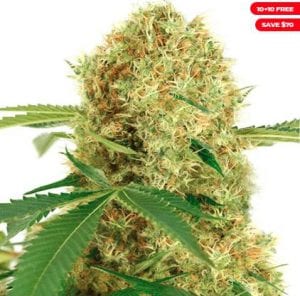 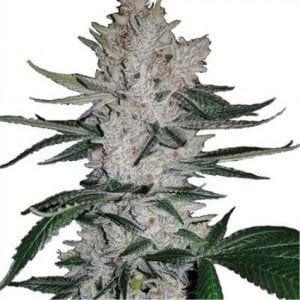 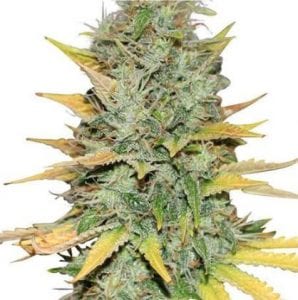 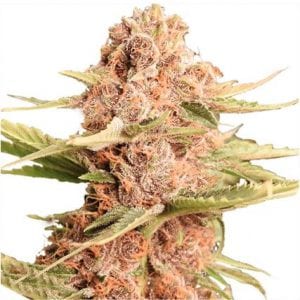 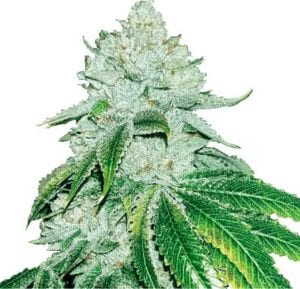 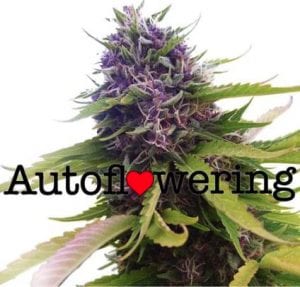 Chill out & take it easy! Have a nice day!