By growing various strains, cannabis breeders are trying to maximize the perks of the plant while minimizing the side effects. Whether you are looking to cure a sickness or pain, elevate your mood, or simply just rest in front of the TV, the Gelato cannabis strain is a perfect option for you. Read the following Gelato Cannabis Strain Review to know-how.

If the sheer number of strains looks discouraging to learn about, don’t worry – we’re here with a review on one of the most famous cannabis strains in the market. Let’s start!

When you hear Gelato, you always recall delightful ice cream, and this latest strain of Gelato cannabis is not unusual when it comes to the distinctive taste. Gelato marijuana strain has a substantial influence on the palate that gives a sweet, pleasurable sentiment.

The Gelato is a woody and mild strain that includes flowery lavender and cloddy notes, which slowly convert into citrus and berries on exhale.

It is an exceptional strain to elevate your mood and feelings while also treating to instill productive energy with a sharp focus. Gelato is used for a long list of chronic ailments and makes an excellent choice as a curative flower.

Gelato is just one of many latest strains that were first developed in the pioneering Bay Area, but it can be challenging to get outside California. This lack of availability makes the Gelato strain one of the costliest strains on the market.

Gelato is appreciated and sought-after for its powerful effects that have been defined as a “forceful experience of blissful euphoria and physical relaxation that can be quite the ride.”

Gelato is a tantalizing hybrid marijuana strain from Cookie Fam and Sherbinski, following in the footprints of its parents strains Sunset Sherbet and Thin Mint GSC (a member of the Girl Scout Cookies family).

When Cookie Fam Genetics chose to hybridize Thin Mint Girl Scout Cookies with Sunset Sherbet, what they settled up with was somewhat surprising.

Through much trial and error, they eventually produced a phenotype that they were satisfied with, and this strain has become recognized as "Gelato."

A well-balanced hybrid that tends slightly more towards Indica, this beautiful and tasty marijuana type holds roughly 56% Indica and 44% Sativa genetics, yet appears to offer overall stimulating and uplifting effects – not regularly the case with strains that carry more of the tranquilizer Indica genes.

There are various phenotypes for Gelato strain, such as Dolce Gelato (phenotype #42), Bacio Gelato (#41), and Acai Berry Gelato ( #49).

The most well-known is the one usually referred to as Larry Bird (#33) – the primary phenotype of this strain, identified after the legendary Boston Celtics player.

It does not only smell or feels good; Gelato also is pretty to look at. Bright orange threads with gleaming white resin cover the dark purple hues of its tiny buds.

But there is one factor that may make it difficult for you to grow this strain. It seems that the seeds of Gelato are tough to get.

Suppose you do possess access to plants, trimming, and growing clones will work. Still, it is a very critical strain to cultivate, which demands expertise in growing marijuana.

Thanks to the Indica impact, the Gelato marijuana strain only reaches a short to medium height, indicating that its size is particularly suitable for those who want to grow this strain indoors and simply don't have infinite amounts of upwards range.

Seeds of Gelato are tough to find, meaning that prospective breeders may need to get plant trimmings in order to plant clones.

Even if you get your hands on the seeds of this strain, it can be particularly challenging to rise and is not certainly advised for beginners.

The Gelato strain can be cultivated indoors or outdoors. With stable connections to California, it is no surprise that it needs to be nurtured in a warm, dry, wind-free, and bright conditions.

Outdoor breeding demands a consistently warm and humid environment about 75 degrees Fahrenheit while indoor growing methods can be managed efficiently and can accommodate the medium-height plants.

In order to carry out this strain's full purplish potential, breeders should exhibit plants to colder temperatures just before the flowering stage to spur the anthocyanin pigments.

The Gelato strain has the unique traits of many Indica varieties, such as small buds that have a stable and strong formation.

These buds are visually attractive, with their leaf green color intensified by deep purple hues and decorated by vibrant orange pistils.

These purple strokes are created by high intensities of the pigment anthocyanin, which are aroused by a cold atmosphere.

Covering the buds is a sheet of shiny and adhesive white diamond-like resin; however, due to small stalks on the trichomes, this strain doesn't seem as frosty-looking like other strains.

The flowering period comes around 8-9 weeks for the Gelato cannabis plant, and the particular yield may vary.

Still, it is said to be at least over average – so you can anticipate your hard work to pay off once this strain is set for drying and curing.

This plant is not easy to develop, especially if you're planning to grow it indoors using a grow tent is better. That is because you have enough control over the temperature, and you can also hide the sharp odor of the plant.

With a perfect growing state, harvest can be anticipated in 8 to 9 weeks. The exact yield is unknown, but it might definitely be better than average.

Growing outdoors, the perfect climate for Gelato is warm and humid circumstances. As stated earlier, if you keep it in colder temperatures before the flowering time, it will enhance its quality overall.

No factual information is available since, but due to its parents' high yield feature, it is fair to assume this strain to produce a yield.

Indoor cultivators can anticipate average yields in the range of 500g/m2 to 600g/m2. However, those with the most expertise could advance this up even further with proper use of growing methods, such as plant training.

Outdoor breeders can expect average yields in the area of 800g to 1Kg per plant. Gelato gets ready for yield in mid-October.

Although again, this can be extended if growing circumstances are great and the plants are left to make the most of them.

Flavor and Fragrance of Gelato

Gelato weed is a crossbreed between Sunset Sherbet and Thin Mint GSC, so it's no surprise where it receives its distinctive smell and taste.

You'll often notice it as a top-shelf strain because of this, so anticipate to spend just a tad more when buying this strain.

The title of this strain is most likely connected to the way it tastes, which is defined as mild, sweet, smooth, and creamy – all the signs of your favorite summertime treat.

Gelato's fragrance also lends itself to the taste profile of this strain, as you will witness an aftertaste of berries and citrus fruits.

Apart from all the advantages mentioned earlier, this strain's sharp taste is seen as one of its most significant forces, as it is seen to have a more universally pleasing flavor.

Although it has a delicious flavor, Gelato is definitely best admired for its effects. If you prefer to stay off from smog and intake a gummy or candy or something else alternatively, it might not be easy to get Gelato edibles – but they do exist.

Gelato is appreciated to hit users quickly, sometimes overwhelmingly before they've had a turn even to exhale.

The most noticeable effect is a feeling of modified perception and confusion, making smokers adjust to their newly enhanced surroundings.

This head rush is joined by a tangible body buzz that controls much activity but still leaves users active and not couch-locked.

Some call Gelato as having expanded psychedelic effects like time dilation and sound sensibility.

Gelato is a 56% Indica and 44% Sativa hybrid strain. This indicates that the high has a bit of a complex tone than you might assume from its THC content.

The Indica genetics support it somewhat with what could have felt like real rocket fuel, feeling more like potent caffeine.

The effects start with a cerebral head rush that kicks you in the forehead with uplifted happiness and a feeling of slightly focused energy.

As this head high blissfully increases, a creeping body buzz will gently wash over you, leaving you totally relaxed and peaceful with a sense of harmony and well being.

Following these effects, along with the bodily relaxation, is a strong feeling of euphoria, making this a favorite strain for daytime or evening usage, as it invokes a floaty touch of comfort while still being lucid.

New cannabis users may want to approach this THC powerhouse with care, but those armed with high toleration will enjoy Gelato's heavy-handed euphoria.

Physical recreation comes on strong, but many users find themselves still mentally alert enough to stay productive and imaginative when having Gelato during the day.

The medical benefits are certainly an essential part of the reason why Gelato has become so successful.

Medically, Gelato has power in handling chronic aches and pains with its powerful numbing effects. Some practice it to medicate headaches and migraines as well.

This strain's happy elevation of mood can also offer momentary relief from the troubling signs associated with anxiety, depression, and PTSD.

Gelato is said to be effective, even for more experienced marijuana users; novices should ease their consumption accordingly.

That said, because of its absence of intense cerebral effects, this strain is not likely to put consumers into a deeply paranoid mindset.

Profitable on both a physical and mental level, the Gelato weed strain has many medical advantages that are capable of assisting people from all walks of life.

On a physical level, the strain's body-relaxing effects have been said to treat with muscle spasms, inflammation, cramping, headaches/migraines, and chronic pain.

If used late in the evening when your body is naturally tended to go to sleep, it can help with insomnia or other sleep issues.

In terms of psychic effects, depression, anxiety, and stress are the three states that Gelato seems to have the most significant effect upon.

This strain delivers about a lot of relief from those who have problems managing these often debilitating events.

Side Effects of Gelato

The primary impact of Gelato weed comes on quite immediately and with sheer strength, so sometimes, you might experience a moment of dizziness.

On particularly rare incidents, mild anxiousness may be felt about 30 minutes to an hour after the first hit is inhaled.

By consuming lots of hydrating fluids before, during, and after the high, you can reduce the dry mouth. You can also block any headaches or grogginess the following morning – in addition to maintaining your body healthy and hydrated.

Overall, those who are thinking of consuming the Gelato marijuana strain should not be worried about possible adverse side effects. They appear to be reasonably light combined to most other high-THC strains.

Overall, we can say that the positive effects of Gelato outrage the adverse effects of this strain.

Carrying multiple desirable traits from its profoundly crossbred lineage, Gelato has unique visuals and taste. Its trippy but relaxing vibe makes it an ideal choice for some solo introspection or chatty socializing.

Gelato is one of the strains that is definitely on the way to shine among other strains. Its increasing popularity can be connected to its calming yet euphoric effects, combined with its pleasant fragrance and flavors.

This appealing blend of features makes this strain an exciting one to try in 2020! We hope this Gelato Cannabis Strain Review will help you when you go to buy your next batch of marijuana. To read about more cannabis strain, Click Here! 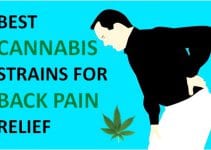 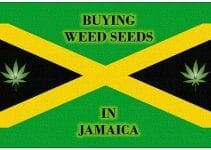 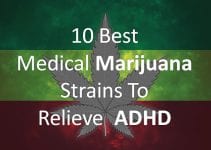