Greece is one of the most favorite travel destinations in Europe, and there are several reasons for that. Greece holds astonishing landscapes, more history than you could catch in on vacation. It also exhibits loads of events to party or relax, depending on what you’re looking for. But what about cannabis in Greece? Are there any chances to get cannabis seeds in Greece? Let’s try to find out the answers in the following article!

It is not legal to consume or supply marijuana in Greece, though the government is less strict on confined personal usage.

The Greek administration legalized the use of marijuana for medical objectives in 2017. During the following year, they lifted the prohibition on cultivating or producing it.

This way, the Greek government is constantly changing the law regarding marijuana in Greece. Let’s understand the roots of cannabis in Greece first!

History of Cannabis in Greece

Cannabis has a rich, glorious history in Greece. In ancient eras, it was appreciated for its therapeutic benefits, like reducing “inflammation, earache and edema” (Lahanas, Examples of Ancient Greek Medical Knowledge, 2006). A well-known historian, Herodotus, also remarked that the Scythian tribes inhaled the smoke of it.

The Scythians followed a sort of “cannabis steam bath tradition” for ritual cleansing (Herodotus) according to The Apples of Apollo: Pagan and Christian Mysteries of the Eucharist (footnote, p. 147), and the early Hebrews might have done something just like this.

Before the government banned it in 1890, the Greek people extensively puffed it. There were even pubs authorized to let people smoke it openly.

However, the authorities announced it as a threat to the community, and since then, they have made strict rules regarding cannabis usage in Greece.

Despite this, many Greek warriors and refugees smoked marijuana regularly after World War I, but this declined with the beginning of World War II.

Want to explore 6 Ways People in History Used Marijuana That We Don’t Use Any Longer? Snap Here!

Marijuana Legalization in Greece – Is the Country Changing a Page?

Greece declared its central drug law in 1987. The law presented some points ahead of its time, even though it’s more than 30 years old. Right from the beginning, the legislation referred to drug users as ‘patients’ instead of offenders, making a definite difference between addicts and non-addicts.

According to the Greek order, addicts would get a more sympathetic punishment when the police find them with drugs, and they would also motivate the offenders to seek therapy instead of sending them to jail.

As you can assume, the authorities modernized the law periodically. One of its most significant updates was originated in 2013. It specified that the jurisdiction should not confine people who use or purchase drugs for private use for more than five months in jail.

The Greek Drug Law of 2013 differentiates between drug possession/acquisition for private usage and commercial usage, and the penalty varies, respectively.

Law No 4139/2013, inducted in 2013, specifies that people using drugs or buying or otherwise processing drugs for personal usage only, in amounts to satisfy their own requirements, or growing cannabis plants in numbers and fields justified for private use only, can be confined to no more than five months in jail.

The crime is not in the list of the offender’s criminal history on the state that he or she does not act another related offense within a 5-year period.

Upon the command of the investigative judge, the offenders can choose to attend a particular therapy unit working in a prison environment or a community drug treatment program operated by a lawfully approved agency (the law stipulates the recognized drug agencies).

The judge can waive the penalties in the case of offenders who are experiencing therapy. The 2013 act eliminated the definitions of all amounts of substances for private use from the prior law; this decision is now on to jurists’ hands, based on the material, its volume and purity, and the offender’s requirements.

Those sentenced to drug supply may be confined imprisonment up to 3 years if addicted or dealing in a group, or at least eight years’ custody if not.

The Greek drug law also declares that the police can charge a drug-dependent offender with drug dealing for a conditional discharge. The conditions are as following if he or she

(i) has completed a minimum of one-fifth of the penalty

(ii) has successfully and certifiably taken drug therapy. Then they transfer him or her to reintegration buildings outside the prison.

Drug Law Offense (DLO) data are the basis for observing drug-related crime and are also a division of law enforcement action and drug market dynamics; they may use it to suggest policies on the implementation of drug regulations and improve the systems.

In Greece, the Hellenic Police and other prosecution executives report a steady rise in the number of DLOs and drug law offenders since 2012.

The authority found out that most of the DLOs in 2017 had a connection with the use or possession of illegal items. They found a link between approximately two-thirds of the offenses to marijuana, with opioid-related violations the next most prevalent.

The law prescribes that it is prohibited to raise the cannabis plant in the house. Technically speaking, it is not forbidden to buy cannabis seeds. But you cannot germinate the seeds, nor can you use them to cultivate plants.

If found growing a confined number of cannabis plants, the penalty is unlikely to be harsh. However, if they find out that you plan to harvest and share cannabis, this is considered as a much more serious offense.

To grow, cannabis plants need warmth and light. It is something that Southern European countries such as Greece have plenty of. Building cannabis farms in the nation makes good marketing sense, and secure access to other European nations is also advantageous.

Specialists believe that, by building a cannabis industry in Greece, the economy will be increased significantly. Investors consider that the European medical marijuana market could be worth over EUR 50 billion in yearly sales.

“Perceptions are changing as the sector booms,” states Andreas Gennimatas, a company partner who is about to start manufacturing marijuana products in Greece. “It’s just like the internet in the late ’90s“.

Greece became the sixth European nation to legalize the use of marijuana for medical objectives in 2017.

Prime Minister Alexis Tsipras stated that from now on, the nation is turning its page, as Greece is now included in countries where the delivery of medical cannabis to patients in need is legal.

Moreover, the plant was deprecated from a Class A to a Class B drug. This change highlighted the softening attitude of the Greek government towards marijuana.

At this step, it was not evident how pharmaceutical businesses would grow cannabis for their medical goods. The next year, the government passed an additional rule, allowing the production of medicinal marijuana plants.

This is important, not only for sufferers in Greece demanding medical treatment but also for the economy of the country as a whole. Its warm weather is perfect for the growth of the cannabis plant and could help Greece financially in the future.

Marijuana products cultivated in Greece are not yet ready as the owners are setting up the processing plants. They assume that the first Greek-grown medical marijuana will come to the market in 2020.

Thanks to the 2018 law allowing the growth and breeding of cannabis plants, the nation can now legally grow industrial hemp. The experts can use hemp for various objectives, from building and textiles to paper and biodegradable plastic.

As with any other sort of marijuana production, the plants utilized must contain less than 0.2% THC.

Can you Sell Marijuana in Greece

It is prohibited to sell or supply weed in Greece. If you are discovered guilty of providing it, you could be confined to imprisonment as much as for eight years.

The judge can reduce the sentence to three years if you are an addict yourself or a member of a supply club. The judge may give life imprisonment if people carry out the supply in a position of public responsibility. For example, doctors and teachers.

If the supplier is drug-dependent, they may grant provisional release once they have finished the recommended drug addiction therapy.

Under the current licensing policy of Greece, you can buy medical marijuana products with the prescription from pharmacists. The state has not financed it yet.

We do not know the exact numbers of patients, but you can assume that thousands currently utilize cannabis to relieve symptoms related to various medical ailments.

While people have not adopted CBD in Greece, it is beginning to become more prevalent. This is mainly due to the modification in the law about medicinal usage. If the producer has collected CBD oil from EU-certified plants, it is lawfully acceptable to buy or sell it.

The CBD oil must not carry more than 0.2% THC. THC is the psychoactive ingredient in cannabis that produces the ‘high.’  The effects of THC with such a small volume are minimal.

If you want to buy cannabis seeds from the best seed bank, Click Here!

Athenians and visitors can now purchase cannabis products from a vending machine that was placed in the center of the Greek capital.

The device, which some business watchers see as a potentially significant part of the future of the cannabis retail market, is much like the devices that give soft drinks and food. The authorities have placed the new vending machine, the first of its kind, along Panepistimiou Avenue in Athens.

The machine belongs to Hemp Oil, the first official Cannabidiol (CBD) -based product shop in Greece, which intends to install a second vending machine soon in Thessaloniki.

The cannabis culture in Greece these days, however, is much less aware than its illustrious history might imply.

Greek approaches to marijuana have changed noticeably in recent years. Once regarded as a serious, Class A drug, its current downgrading to Class B indicates a growing public opinion change.

For the last two years, the capital city of Athens hosted a cannabis expo devoted to sharing the medical and pharmaceutical accomplishments in the cannabis area, as well as instructing the public about products such as CBD, vaporizers, and clothes.

The most recent expo, held last January, dragged 150 vendors and 20 speakers. Some of them came from American lands like Colorado and Michigan.

If you are not a resident and just visiting Greece for a holiday, keep the following things in mind!

What does that suggest for the typical recreational marijuana user in Greece? Well, it indicates you shouldn’t smoke weed in public as it’s not allowed.

Greek police officers are not actively watching for cannabis when tourists pass them by, but they won’t have any difficulties stopping you if you act differently.

Even though the Greek law structure gives imprisonment for marijuana consumption, you will most likely get a penalty if you’re found with a small quantity for personal usage.

So, even if you might get on with a fine, the entire adventure might be a really unpleasant one.

Greece could become one of the largest cannabis producers in Europe if it plays its cards correctly.

The favorable environment of Greece for cannabis production and the fact that it was one of the first European nations to legalize medical marijuana farming should give it the recognition it needs to be one of the leading providers of cannabis in Europe.

While rules are becoming gradually more tolerant, it is essential to remember that using marijuana is still not legal. Also, sentences are among the most difficult in Europe.

Although the recent support of medical cannabis of the government indicates a change in the attitude. We don’t recommend seeing this as an opportunity to use it recreationally.

Here is an official video release of CannaExpo 2019. Watch it. Love it. Try it. 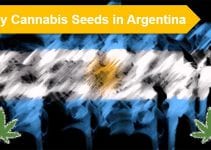 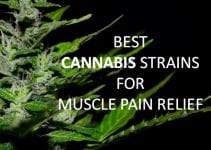 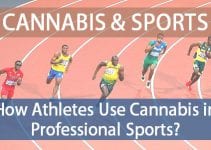