Olá! Welcome to 420 Expert Adviser, your guide to the marijuana world! Today, we’ve brought you a fantastic article on buying cannabis seeds in Portugal with all the information you need to know. Our expert team has exclusively gathered all the information regarding the history of cannabis in Portugal, consumption, possession, selling and buying laws, and much more!

Let’s start with the footsteps of cannabis in Portugal!

Romans brought cannabis in Portugal around the second century BC. However, it was the Moors who spread cannabis cultivation and its various uses, including recreational marijuana use in the eighth century.

Portugal turned into a colonial power in the fifteenth century. As a result, its maritime units encountered cannabis in Africa and Asia. Toward the beginning of the sixteenth century, the Portuguese seized Goa, where they learned about Indian cannabis customs, exchange, and its numerous uses.

The maritime units used hemp to make rigging and sails for their ships, making hemp known as the plant that made the conquistador identity of Portugal.

Portuguese colonizers brought cannabis to their new colonies in South America, introducing the plant to the indigenous individuals and educating them on how to grow it.

When it comes to domestic use, the yield was essential to Portuguese country people. Hemp was one of the three main support of their financial survival, along with cereals and vines.

In 1640, the Portuguese maritime armada suffered damage as a result of the Restoration War with Spain. To restore the maritime armada, King John IV ordered the Royal Linen and Hemp Factory formation to increase hemp production.

By the eighteenth century, cannabis cultivation was generally spread and used for food (including its oil), medicine (for the treatment of cough, jaundice, and gonorrhea), and its psychoactive effects.

After that, in 1971, Portugal prohibited cannabis (including hemp) after signing the UN’s Convention on Psychotropic Substances. This decision was repudiated after the European Union enacted its regulations for granting help for flax and hemp during 1971 and 1989, respectively.

The Commission for a National Drug Strategy (CNDS) delivered a report in 1998, recommending a series of reforms for the drug policy of the country. In this report, they proposed focusing less on drug users’ criminalization and more on reducing hurt and improving treatment.

The report featured the problems with imprisonment – particularly in terms of increased pressure on the economy of the nation. Also, the reoffending rates were high, making incarceration a less compelling alternative than rehabilitation.

Generally, the Council of Ministers approved almost all aspects of the report. The public drug strategy followed all its principles exactly.

Portugal is world-renowned for decriminalizing all illegal drugs in 2001 and, thus, massively changing the legal situation of cannabis. People often misunderstand the decriminalization of drugs. Most individuals wrongly accept that all drugs are legal in Portugal, which is definitely not the case.

Let’s take a look at the legal circumstances of cannabis in Portugal!

What are the Rules to Possess and Consume Weed in Portugal?

In 2001, the Portuguese government passed Law 30/2000. This decriminalized the consumption and possession of all drugs, including cannabis, for personal use.

At that point, this was seen as a trailblazing verdict– making Portugal one of the first nations in the world to adopt such an attitude.

The government passed the law to endeavor to handle the growing drug issue of the country. According to a study did in 1997, individuals listed drugs-related problems as the main social issue in Portugal.

This had fallen to 13th place on the list in 2009. Joao Goulao, Portugal’s public drug coordinator, is mostly credited with pushing the changes through.

In a conversation with the San Francisco Chronicle, he compared the rule to not wearing seatbelts. He said that the government wants you to wear one for your safety, but it will not send you to jail for not complying. Instead, it will charge you or send you to the traffic school.

He also acknowledged that “decriminalization is not the solution for everything, but everything is a lot easier when thinking about habit as a disease with the same dignity as other diseases.”

These days, if the police caught a person possessing or using a small number of drugs for personal use, the local Commission for Dissuasion of Drug Addiction assesses the individual.

This is made up of three officials. First and foremost, is a legal expert, the other two either medical professionals, psychologists, social workers, or sociologists. It intends to review whether the offender requires treatment to battle compulsion.

The rule identifies a ‘small quantity for personal use’ as a sum not exceeding that required for individual consumption for more than ten days.

Can You Cultivate Cannabis Plants in Portugal?

While debating the 2001 changes to drug policies, the Portuguese government considered decriminalizing the cultivation of cannabis for personal use.

Upon reflection, the government then chose to exclude cannabis cultivation from the decriminalization law specifically.

Bloco de Esquerada and PAN, two political parties, offered a bill to parliament in January 2018. This bill did not just push the use of medicinal cannabis with a prescription; it also suggested legalizing cannabis cultivation for medical purposes, providing that the THC content was minimal.

The authorities did not pass this aspect of the bill, and to date, growing cannabis remains illegal. The sale of tools and implements for growing it is also prohibited, though the production and sale of industrial hemp products are legal with a license.

The government of Portugal approved the use of cannabis for medicinal purposes in June 2018. The bill stated that a doctor must prescribe all medicines, and just if all other regular treatments fail to work.

They can prescribe medicinal cannabis to treat symptoms associated with chronic pain, malignancy therapy, and post-awful stress disorder, among other things.

All drugs will require a license from INFARMED, a government organization. INFARMED is a section of the Portuguese Health Ministry, responsible for the management, control, and assessment of medicines and health products to secure general health.

In 2017, it authorized the construction of a medicinal cannabis plantation in Portugal. The crops harvested from the farm contained high levels of THC and are made arrangements for export.

The 2018 law also declares that the government should support scientific research on cannabis and its expected therapeutic benefit.

CBD is legal for medicinal purposes. People can also purchase and consume it without prescription, as long as the THC content is below 0.2%. You might be knowing that THC is the substance responsible for the ‘high.’

Industrial hemp production is legal in Portugal. But it is based on a condition that the plants should not contain more than 0.2% THC level. To cultivate hemp legally, companies must apply for a permit from Portugal’s Ministry of Agriculture.

The authorities regulate the production intensely, and farmers are subject to inspections throughout the year.

Likely conflicts between hemp, which is low in THC, and medical-grade cannabis, which is more powerful, implied that, toward the beginning of 2019, the government put hemp cultivation on pause.

Sales and Supply of Cannabis in Portugal

The favorable atmosphere of Portugal, its high number of daylight and sunshine hours per year, along with its reasonably-priced labor, make it ideal for cannabis cultivation.

As a result, different companies are, as of now, investing in the Portuguese cannabis industry.

Tilray, one of the largest cannabis corporations globally, invested $22 million (approx. €20 million) in a cannabis-growing facility. The organization planted over 5.9 acres (2.4 hectares) of medical cannabis and expects the first profitable harvest by 2021.

Tilray’s Portugal cannabis plantation will serve as the essential supply source for medical cannabis patients in the European Union, especially those in Germany where demand has risen.

The British organization GW Pharmaceuticals is presently running a cannabis cultivation facility in Portugal. The facility produces around 21 tons of cannabis every year, which GW uses to formulate Sativex, its famous cannabis-based medicine.

Holigen, an Australian-supported investment group, will cultivate cannabis in an outdoor plantation of 650,000 square meters in the Alentejo region.

Also, INFARMED approved the organization’s proposal to manufacture a 30,000 square meters indoor growing facility, which is as of now under construction.

Aurora Cannabis, another Canadian cannabis monster, expanded into Portugal by acquiring 51 percent of Gaia Pharm Lda. This local facility got its approval to create medical cannabis and cannabis-based products.

Buying CBD and Cannabis in Portugal

The government has decriminalized cannabis. This doesn’t mean you won’t go to prison for smoking or possessing a small measure of cannabis. Although some individuals do get sent to recovery or other lightweight punishments, it’s impossible you’ll have any problems. However, it doesn’t imply that it’s easy to purchase weed in Portugal.

The medical cannabis law is not completely regulated, and legal matters remain uncertain. Patients complain about the new regulation, mainly because CBD was promptly available in local shops before its enactment.

CBD is available just in licensed pharmacies, which doesn’t leave you numerous options. You can’t get it legally over the counter unless you obtain a prescription from your doctor.

If you need quality and a reasonable price, forget street dealers. The best shot is to go to a natural supplement store and make discreet inquiries.

Your other alternative would be to purchase CBD and cannabis seeds online. For CBD, if you can obtain a prescription and authorization certificate, you could shop online and choose the brand you need.

For other cannabis products and seeds, you have many options to choose from when it comes to buying seeds online. Many seed banks ship globally. They also assure the high-quality of the seeds. Such seed banks might have a discreet shipping service that delivers your package in stealth shipping to your doorsteps.

Let’s explore an unusual subject related to this!

How NOT to Buy Weed in Portugal

In Portugal, especially in Lisbon and Porto, numerous individuals will approach you, who will whisper something like “hashish, marijuana, cocaine.”

At any rate, 90% (if not more) of these individuals are scammers that prey on visitors who think that all the drugs are legal in Portugal.

There are quite a couple of other blog articles and forum posts about selling weed in Portugal. If you go down till the end of the post, you’ll find a lot of comments with individuals recommending someone who “has the best bud brother” or “has the dopest green I have ever smoked.”

Again, in any case, 90% of these comments are from corns. Most of them would be based in Cameroon.

If you go to purchase herb, knowing the local terminology will help you immensely. The following are the few popular terms to use when you visit Portugal next time!

You can find many cannabis social clubs in countries around the globe, including Portugal. The club members control such clubs and cultivate cannabis for the use of their members as it were. A large number of members consume it for medicinal purposes.

The social club activity in Portugal is technically illegal, as the law doesn’t allow the cultivation of cannabis plants. However, some politicians have proposed making these clubs legal, depending on the success of similar enterprises in Spain.

In 2013, the political coalition Bloco de Esquerda (Left Bloc) presented a proposal to parliament, recommending that the government should allow such social clubs to grow cannabis. This proposal wasn’t acknowledged.

Portugal is also one of the 65 countries that have partaken in the Global Marijuana March since 1999.

To conclude, we can say that the drug laws in Portugal, as of now, emphasize the country’s liberal stance on cannabis use. The authorities have decriminalized personal use, and it’s possible that they might legalize it completely later on.

The government has now introduced medicinal marijuana. Although there’s just a single product available (Sativex) at present, this may change later on.

This is most likely if Portugal capitalizes on its domestic cannabis production. Like California, the atmosphere means that the plant can flourish there, and plantations may give a substantial boost to the country’s economy. 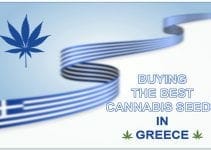 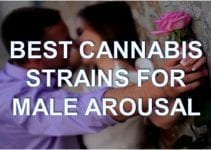 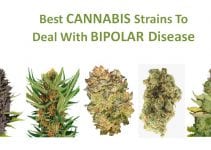