You’re partly right if you think that hash is just a tasty meal with potatoes, meat, and seasonings. But here in this article, we will review a popular cannabis strain with the same name. Let’s begin the Hash Plant Cannabis Strain Review!

The Hash Plant strain is a wonderful strain that gives a pleasant and relaxing high. It has a super sweet candy-like taste, with those classic herby and earthy marijuana undertones. 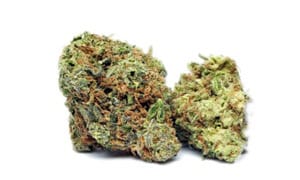 With an 80% Indica and 20% Sativa rate, this strain is an Indica-dominant hybrid with a bit of history of its own.

With its Afghani Indica and Northern Lights legacy, it has a soft, elegant kick that makes its users feel satisfied and euphoric.

It is a favorite strain among regular cannabis users, particularly among those who prefer to make hash. It is well known for its notable medicinal characteristics since it relieves several patients undergoing various chronic illnesses.

This strain delivers a sleepy, relaxing high that is best appreciated in the evening.

This 80% of Indica is the outcome of careful genetic modification, a method that included matching the mysterious Hash Plant original from the U.S. with the Northern Lights.

As soon as this Indica-dominant and delicious strain entered the cannabis market, it stole the hearts of hash lovers universally.

It is a strain with a bit of narrative, beginning its journey in the 1980s in Holland, where it soon migrated to the Northwest U.S. It is rumored to be a hybrid between Northern Lights #1 with the original Hash Plant strain.

Hash Plant was a great building block of many Sensi Seeds cannabis strains over the years, although it was limited to getting outside the Cannabis Castle breeding program.

It was later reintroduced to the business by Sensi Seed Bank in 1999.

Hash Plant took the first position at Cannabis Culture's Tokers Bowl in 2004 and the second spot at the High Life Cannabis Cup in 2002.

Growers will appreciate cultivating Hash Plant, with a quick flowering period of only six to seven weeks.

However, the preferred way of cultivation is hydroponics. It reaches three to four feet in height and can do well in arid outdoor climates. 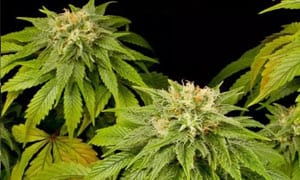 Hash Plant is also simple to clone, so breeders are looking to maximize their possible yearly yields; this fast-growing, easy-to-clone strain will surely become your favorite strain.

It is undoubtedly one of the easiest strains to grow and produces a high yield. It also can flourish in either an indoor or outdoor setting.

This strain usually blooms in about 45 days or less. Because of this trait is an excellent strain for anyone wanting to cultivate a strain on limited time.

Hash Plant seeds are amazingly versatile because they are ready to grow almost anywhere.

It is recommended that breeders keep a watch on the plants as they grow for any deficiency symptoms. This will be possible if the flowers aren't thickening up and lack a waxy resin by the fifth week.

However, most producers say this is an easy strain to grow and manage.

In the Dutch weather, Hash Plant was usually raised indoors, but it has also developed well outdoors in fields with dry weather.

Its thick, round, dense bud packs and clusters of dark orange threads are wrapped in sticky resin. The buds are compact and are entirely covered by resin, along with green leaves with red bits. 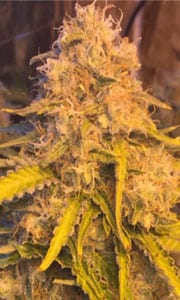 Overall, these features make Hash Plant look gorgeous, and you won't like to take your eyes off this beauty!

Usually, Hash Plant has a flowering period of 40 to 45 days and commonly grows to 3 to 4 feet in height.

The quick ending makes it an excellent option for growers looking for a short-growth time cannabis strain.

Grown indoors, you can expect the Hash Plant to yield an average of about 14 ounces of bud per square meter planted.

This weed strain requires an average of about 7 to 9 weeks to blossom and is entirely ready for a plentiful harvest.

Hash Plant, grown outdoors, can be assumed to yield an average of about 12 ounces of bud per plant. This strain usually is ready for yield around the middle of September after blooming during the late summer.

In addition, it provides abundant yields that will satisfy any grower. You can get 400 grams per meter squared when cultivating Hash Plant seeds indoors indoors.

If you cultivate Hash Plant seeds outdoors, you can achieve up to 350 grams per plant.

It's not every day you discover an almost pure Indica strain with a short flowering period that yields containers of buds soaked in trichomes.

Flavor and Fragrance of Hash Plant

Its kush lineage is present as its aroma can hint at how sticky the bud is, with a robust spicy scent following it around, making your mouth water without fail.

A flagship breeding effort from Sensi Seeds, Hash Plant has a small Northern Lights influence that pairs well with its Afghani influence, creating spicy, woody scents of bubble gum with a skunky back end.

Although there are subtle, tart notes of skunky beer upfront, the strain's earthy, hashy characteristics control the palate, with spicy, woody notes of bubble gum glazing the taste buds.

Hash Plant has a taste that can only be described as organically tantalizing. This strain has a rich, earthy smoke that will make your tongue feel sticky with its sweetness and spiciness.

On the exhale, it will create an unmistakably pungent aftertaste that is both herbal and woody.

Let's continue with our Hash Plant cannabis strain review and explore what happens when you smoke this weed!

Hash Plant carries an average THC level that is moderate, enabling the user to experience a smooth and easy-going high that will tempt anyone to eventually and inevitably drift off into la-la land.

After smoking the strain, you will feel really calm and relaxed. However, do not be surprised if you feel sleepy and are locked to your couch.

This strain will definitely make you feel sleepy gradually, but then you will not be able to resist its power, generating a mind and body high that will make you feel warm and fuzzy as time goes.

Hash Plant is all about producing a cerebral experience that will catapult you into a feeling of absolute bliss.

Hash Plant will delight you with little bursts of euphoria, making you giggle and talkative, even if your words do tend to leave you a little slower.

You might feel the need to drink plenty of fluid after using this strain. It can also make you feel cotton-mouthed and quite dried, so be sure to have some water handy.

If you've ever heard about the book the Count of Monte Cristo by Alexandre Dumas, then you may remember the sleep-inducing marijuana pill that the Count gives to many people in the book.

It is believed that the Hash Plant strain must be the same strain the Count used because Hash Plant produces a full-body stone that always results in a good night's sleep.

What is really astounding about the strain is that it has various medical applications at the same time.

Hash Plant is a soothing plant that enables you to almost float your way into a relaxed physical and mental status.

The effects make consumers deeply relaxed; some may even become couch-locked or sleepy. This makes it an excellent alternative for treating insomnia. Hash Plant is used to treating Gastrointestinal Disorders, as well as Crohn's Disease.

The pain-fighting effects prove useful in healing migraines, acting as a clutch migraine deterrent at their onset.

Hash Plant can aid long-time patients with insomnia by inducing a deep state of calm, making it more manageable for them to drift off to sleep like a baby.

Depression and anxiety are also successfully managed by this strain for the same purposes – it can let the patients think more positively and without the usual feeling of the burden that they have to cope with.

This is more suggested for nighttime use or on those lazy, relaxing days with no responsibilities or obligations to fulfill.

Side Effects of Hash Plant

This strain might cause users to feel extremely tired and relaxed. Others may feel euphoric. It may also improve mood and increase hunger.

Users have reported that this strain helps to manage chronic pain, headaches, and also constipation.

Hash Plant cannabis users have said that they have better night's sleep as they took Hash Plant strain before taking a nap or for a light rest. It has also been utilized to decrease muscle soreness and pain.

However, there are some adverse effects of this strain, including dry mouth, dizziness, dry eyes, and headaches.