In recent years, Poland has been emerging as one of the most refreshing places in Europe to visit. However, just like most nations in Eastern Europe, cannabis laws are pretty strict, and people deprecate cannabis. If you are willing to buy cannabis seeds in Poland, you must know the rules regarding the same.

Let’s begin with the history of marijuana in Poland!

Marijuana In The History Of Poland

For centuries, people have been growing hemp and weed in Poland. Experts believe that its usage dates back to the classical Slavic tribes that resided in the region, and since then, it’s become profoundly entrenched in culture and traditions. 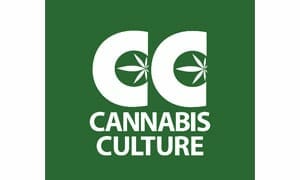 Cannabis Culture magazine declared that older people in Poland are “familiar with the use of marijuana tea as a healing agent and medicine” and that they are also “well aware that recent Polish hemp species don’t provide any significant level of mind-altering elements.”

It reveals that it’s only lately that approaches towards cannabis usage have shifted.

As said earlier, Poland was once a significant yielder of hemp, with over 50,000 hectares given over to its farming. However, the production has decreased since the 1950s.

At one time, only just over a hundred hectares left. Wild hemp is still a typical scene in the nation, though. Most of those short, bushy plants have a low level of THC.

Many people in Poland smoke cannabis, even if it is very unsafe. Owning, smoking, growing, or selling marijuana in Poland is illegal. As a matter of fact, the government of Poland considers all of those ideas as criminal offenses, with some exceptions.

It would be beneficial to keep in mind that weed is still somewhat restricted in Poland, and the police take it much thoughtfully. Of course, you probably won’t end up in prison for smoking a single joint of weed, but you certainly have to be cautious and don’t puff weed in public places.

Possession And Consumption Of Weed In Poland

The Polish government does not allow you to possess or utilize marijuana in Poland. The court can punish you with up to three years in jail for possession, according to the Act on Counteracting Drug Addiction. The law doesn’t distinguish cannabis from any other type of drug.

As an option to a prison order, the offender may need to pay a fine or exclude certain benefits for up to one year. The court also has the liberty to order that the person attends a therapy program, as part of the ‘treat rather than punish’ approach of the nation.

In 2011, the nation embraced a ‘tolerance’ policy, which suggested that the court no longer penalized the offenders if the police find an individual with small quantities for personal usage.

The authorities introduced this after much pressure from famous public figures such as the previous president Lech Walesa and the poet Wislawa Szymborska. 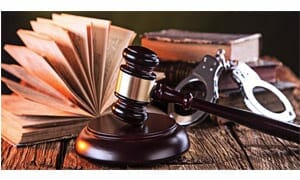 This has had a notable impact as the General Prosecutor’s Office dismissed the number of cases. According to accessible data, attornies chose to withdraw 4,273 cases in 2014 – about 1,100 higher than in 2013.

However, drogriporter.hu states that the 2012 number of omitted cases outlined just 11.3 percent of the 18,441 total apprehensions for possession that year. Seventy-nine percent of marijuana possession cases taken to court included quantities of three grams or less.

Cultivation Of Cannabis Plant In Poland

Poland is unique in that it has particular laws associating with the cultivation of cannabis plants. However, there is no difference between opium, cannabis, or cocaine. The legislation heavily penalizes any large-scale production of such plants, with a prison order of six months to eight years. 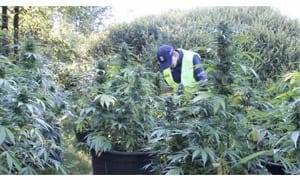 When it comes to breeding limited quantities for private use, the law becomes less accurate. An incident in 2014 represents this statement.

In this case, the Constitutional Court granted the appeal of a cannabis producer, who’d been assigned a suspended sentence for growing small quantities for individual use.

The offender demanded that the “ban on the breeding and possession of cannabis establishes the strongest potential limitation of personal autonomy in decision making.“

Despite this, the court held the law but admitted that the legislature should make decisions based on multifaceted research and the concerns of other nations. It suggests that decriminalized laws could also be constitutional.

Despite the strict laws, there are many cannabis fields in Poland, and the officials regularly crackdown on illicit farming. For instance, in 2015, the police conducted many arrests. The police took one 49-year-old man in custody for cultivating 60 plants in his outhouse.

Sales And Supply Of Cannabis In Poland

As with possession, the Polish law doesn’t regard the sale of marijuana separate from any other drug. Any action of selling, providing, importing, or exporting drugs is culpable with up to five years in prison.

In the case of lesser gravity, the judge might order it for just one year. If the police find the offender trafficking a more considerable amount of cannabis, they could get jail order for up to 12 years.

In instances where the offender is addicted to cannabis and where the penalty is limited to five years of confinement, the jurisdiction might offer therapy instead of a jail order.

Poland legalized marijuana for medical purposes back in 2017, when the parliament confirmed its strong support for a medical marijuana bill. The government passed the law after a session of heated public discussion.

In 2015, the authorities found a doctor in Warsaw who used cannabis products to epileptic patients without having permission to do it. The officials suspended him for this act. 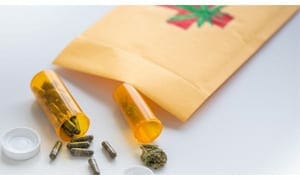 Even though the trial he was working on was a breakthrough. He also succeeded in decreasing the frequency of the epileptic seizures his patients suffered by up to 90 percent.

The executives chose to pull the plug as the doctor did not register the right papers to get permission.

When a man who campaigned for the legalization of medical marijuana therapies for terminally ill sufferers died of a brain tumor, medical marijuana starred in another ignited public discussion a few months after the previous incident.

What is the Framework for Medical Marijuana?

A poll revealed that the Polish general public supported the legalization of cannabis for therapeutic objectives, with 68 % of the respondents saying that they would support a legalization policy.

The legalization act established in 2017 allowed Polish pharmacies to import and process marijuana, as long as they recorded their activity to the county’s Office for Registration of Medical Products.

But one aspect that makes the Polish medical marijuana legal framework stand out is that medical practitioners are permitted to prescribe marijuana products for any situation, as long as they give clinical research showing that the practice can be useful.

But, as Strain Insider published in February, Poland has been struggling to supply goods ever since it declared its medical marijuana laws. Moreover, there is limited access to cannabis.

Only a few Polish medical experts prescribe marijuana medicine, and the average cannabis therapy costs about €500 per month.

Hemp And CBD In Poland 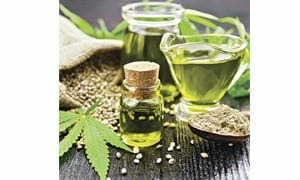 Experts consider that if the Polish government decriminalizes recreational marijuana use, the hemp and cannabis market of Poland will become even more powerful.

It has already been obtaining the drugs for other nations for years; this may offer a real possibility of economic growth for the country.

The Polish government allows Cannabidiol (CBD), but farmers cannot market it as food. They can sell this substance as a nutritional complement. Additionally, all the products have to carry up to 0.2 percent tetrahydrocannabinol (THC) to be regarded as legal.

Poland has some of the youngest administrators in the CBD division, its marijuana market is flourishing, and CBD is already a mainstream product accessible all over the nation.

Where To Buy The Best Marijuana Seeds In Poland?

Marijuana is not difficult to get in Poland, but any sort of possession of cannabis in Poland is unlawful. You might end up having hard punishment if you try to engage in such activities.

There have been instances in the past where people get sentenced for carrying just some trash in a pipe, so be cautious! 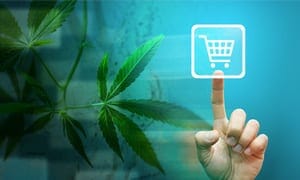 If you like the conventional method to buy, you can look for high-quality CBD goods in health food shops, alternative medical stores, and herbal stores locally.

There are not many seed banks in Poland, but you will find the local sellers who discreetly sell cannabis. The quality of such products is questionable.

Online shopping for CBD or cannabis products is the best option in Poland because of the reasonable prices and the wide range of available products.

Most regional or European companies will ship the product to your doorstep for free. The international brands sometimes provide free shipping service after you order over a certain amount.

The main benefits of ordering cannabis online are as following:

People have different opinions regarding marijuana laws in Poland. On the one hand, there are many people who utilize it, where on the other hand, some people believe that the government shouldn’t decriminalize marijuana. 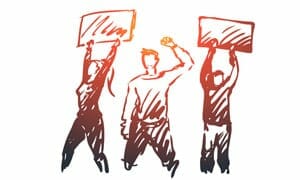 Pro-cannabis rallies have been held in the past, demanding for the laws to change. Such protests ended with multiple arrests.

However, many Polish residents recognize the benefit of medicinal marijuana, with a large majority supporting its legalization. This may be a consequence of having been practiced in conventional drugs in Poland in history.

Let’s have a look at a few events happens in Poland related to cannabis! 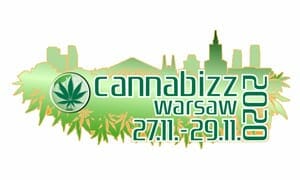 Cannabizz 2020 will take place at Warsaw on the 27 – 29 of November and will be a pleasant end of the Cannabis exhibitions season of this year and a classic beginning to the next year!

Interested visitors will be able to see a wide assortment of various products on growing, indoor gardening, seeds for collectors, lightning, paraphernalia, medicine, and cosmetics.

As a framework curriculum, the event will have a congress with well-known international lecturers from science, medicine, and industry.

As the only Medicinal Hemp and Cannabis Trade Show in Poland, it can inaugurate plenty of changes in the previous communist nation.

Note down the details! 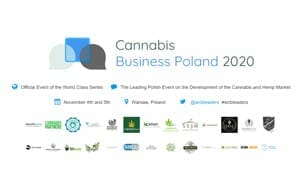 Cannabis Business Poland is the Chief Polish Event on the development of the hemp and cannabis market.

You can achieve a diverse and inspiring perspective by joining this event through a mix of case-study presentations, interactive roundtable talks, Q&A sessions, and hands-on seminars.

The multi-stream setup enables you to walk freely between the discussions and choose the most exciting sessions based on your preference.

Moreover, you can also create your plan from the case studies and interactive round tables discussions.

The recent event took place on Sept 2-3, 2020, in Warsaw, Poland. It was a huge success. Don't miss your chance to be part of the next one!

The Future Of Marijuana - Will The Government Legalize Weed In Poland?

North America proceeds to lead in marijuana production, and Poland has accompanied the suit, particularly in its hemp business. Hemp departments continue to grow as agricultural subsidies and rewards for cultivating organic hemp incentivize producers to make the leap and become hemp farmers.

Hemp production is gradually pulling up in Poland. The medical marijuana legal framework might encourage the rural economy of the country. It can also become a symbol of better things to come for cannabis legalization.

Poland is nowhere near marijuana legalization at this time, and the near future doesn't resemble keeping any surprises in this respect. At present, some Polish entities are working to develop the medical marijuana system in the country. Even those efforts are facing severe resistance from traditionalists.

Don't forget to check out our cannabis law guides for Germany and Italy.