Yeah, it’s one of the Best LED Grow Lights for indoor plants.

In This detailed Review, we’ll explain you everything about this masterpiece of indoor growing.

Advanced Platinum is a well-known manufacturer in the grow light and indoor growing industries.

Their extensive research and quality products have led them to the top of the market.

In this Platinum LED P600 Review, we’ll explain you all the technical specifications, special abilities, and sides to look for in this grow light.

So, are you ready?

It’s not going to be a review based on information gathered by researching about this masterpiece.

Instead, it’s going to be one where we’ve gathered facts based on existing users experience with Platinum LED P600.

Yeah, we’ve consulted actual user. And gathered all the facts about this grow light from them and after collection of the real experience of others we’re presenting it in form of detailed review to you.

We’re more than happy to help you.

Following are the strengths of P600 where it beats all its competitors. And, which makes this masterpiece a must to look at before buying other 600W Full Spectrum LED Grow Lights.

Build – That Makes It An Investment

Advanced Platinum LED P600 is built on top of the class quality materials that makes it extremely durable LED grow light compared to its competitors.

The PlatinumLED P600 is equipped with made in US Bridgelux and CREE LEDs. It is also equipped with zener diode which protects the panel from failures when any one of the LED stops working.

If we concern drivers then Platinum LED P600 panel is equipped with Advanced Platinum’s Auto switching 110v/220v LED drivers which keeps input and output balanced and makes this LED panel a horse of the longer race.

These drivers are fully adaptable to the global voltage.

This grow light will enlighten your grow space for comparatively longer time. Yeah, it’s that much durable.

With this grow light maintenance cost will be reduced to more than 50%.

Platinum LED P600 is able to produce full spectrum light with help of 200 US made LEDs of 3W each.

“You can’t doubt its spectrum ability.” These are the words of one of the P600 user.

Yeah, he also stated that “you’ll experience its real spectrum ability during blooming. And it’s obvious that results will speak it all itself.”

Platinum LED P600 is able to produce remarkably well 12 Band full spectrum light for your plants. It means plants will absorb all the light and grow well and healthy.

Unit comes with Veg and Bloom mode switching ability. Which makes it comfortable to use during various phases of your marijuana plants.

In case, you notice any skeptical change in your plants during blooming then just adjust height of the light few more inches away from your canopy. Yeah, it may be a result of sudden increase in spectrums.

Though there are many so-called 600W Full Spectrum LED Lights For Marijuana Growing. But, none can beat this platinum LED P600 in spectrum abilities. Yeah, it has real spectrum abilities which mimic real sunlight.

If you’re concerned with the range of spectrum in Platinum P600 then it’s ranging between 360nm – 760nm. It includes UV and IR as well which does its job perfectly.

As you already know, the intensity of emission of light is measured using PAR values.

More the PAR means more light available to plants for absorption. And more absorption of light means better growth and health of plants.

In the Following video, you’ll get detailed information regarding PAR and some overview about this grow light as well.

Yeah, if it makes sense then Buying Platinum Series P600 Watt LED Grow Light would not be a bad move at all.

We’re happy to admit that these are the benchmark results obtained by Advanced Platinum only. And, there is no grow light available on the market at the time of writing this review which can beat Platinum P600 LED for PAR/PPFD results.

Power Consumption – Saves You A Lot

With this consumption grow light produces extremely bright light for your cannabis plants.

The yield of this grow light will justify its savings in long run. Yeah, as per our experience and talk with existing users of various grow lights it has comparatively best yield per watt of electricity.

With the actual power draw of 368W during blooming this grow light can replace an HID or HPS system of 800W with an ease.

With exceptionally amazing light and yield per watt of electricity, This grow light also provides Best in The Segment coverage area.

Yeah, Advanced Platinum LED P600 is providing you with best in the class coverage.

Though this is what manufacturers claims, we also have taken opinion from existing growers as well who have reported an average coverage of 5 by 2 feet.

Yeah, you got it right, it varies from setup to setup because everyone has different setup and height adjustment and it may result in the change in coverage area.

If you’re worrying about temperature inside your grow tent then this Platinum LED P600 Model is build with multiple cooling fans and advanced and scientifically designed and placed aluminium heat sink.

It keeps temperature inside your grow tent under control and comparatively cooler than any othe LED Grow Light available in the market.

Warranty – That You Can Rely Upon

Advanced platinum P600 comes with an exclusive 5 years warranty and 90 days money back promise in case you’re not satisfied with results.

This is also the point where it stands high on the competition. There are very few manufacturers who are worrying about complete consumer satisfaction. Yeah, Advanced Platinum is One of them.

Read our final verdict in our Bottomline.

Definitely, You should buy this grow light if your main concern is results and not money you’re investing.

This grow light may seem somewhat out of your budget but withing first few harvests it’ll get recovered with an ease.

This light is built for high yields and heavier and resinous buds. Results that are obtained by existing users are amazing.

This is not just a product called grow light.

It’s a piece of satisfaction. And we’d surely recommend it to our readers.

In case you want a grow light for comparatively small grow tent then you can also go with its small sister.

In case you’re not able to invest in this Luxurious And Real Productive Grow Lights from Advanced Platinum. Then, we have also reviewed some budget friendly yet Best 600 and 300W Full Spectrum LED Grow Lights For Cannabis you can take a look at it too. 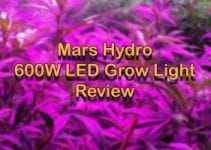